We have had a whirlwind of a few weeks! From the compound of Trey Canard, straight to the “top secret project” (watch the video below), to Ryan Villopoto’s, over to the compound of  James Stewart and Malcolm Stewart, then Zack Freeberg, and on to a plane to Texas!

All those weeks went so smooth – there was bound to be a hiccup! And that there was, when I had to book a United flight instead of my typical Delta. I had a feeling something was going to go bad…and that it did. Landed in Houston, went to reboard, and get this “the plane is now overweight, we are taking no more passengers”!  Are you kidding me?! In all my years of flying, I have never had this happen. To make matters worse, they took all of our luggage on that flight. With no other flights out until the next day – we had to purchase another airline ticket, ON A DIFFERENT CARRIER, to get to our final destination – Odessa, Texas. Home of Friday Night Lights! We finally arrived, went and got our luggage, and are now halfway through the build. Stay tuned and we will post some finished pictures this weekend.

But, to go along with our rough trip out to Texas – we thought this was fitting…. 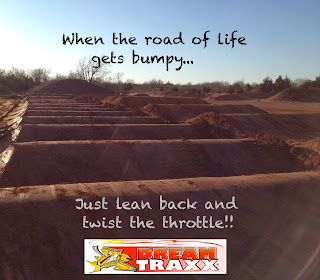 And now on to the ‘Top Secret Project’. We were pumped to receive a phone call several months ago from Dane Herron of DHI. He was in charge of a project for Red Bull called Red Bull Straight Rhythm, and he wanted to bring on Dream Traxx to design and help construct this course. Needless to say, this was very exciting for the Dream Traxx crew. It put all of our hours playing Mad Skills, and ExciteBike to good use. This was such a fun course to design, more fun to build, and an absolute blast to watch the riders race down. Enjoy the footage below!
READ MORE →    0   3916   0

The 2014 Supercross season is getting closer, which means we have been logging a ton of dozer hours! This is one of our favorite times of the year. All our boys are in full boot camp mode, and have a huge list of goals for the upcoming season. It is cool to see them all have that fighting spirit, and ready to make big things happen!

James and Malcolm Stewart are now able to be in full preparation mode since we just finished up 2 SX tracks for them…game time at the Stewart Compound!! 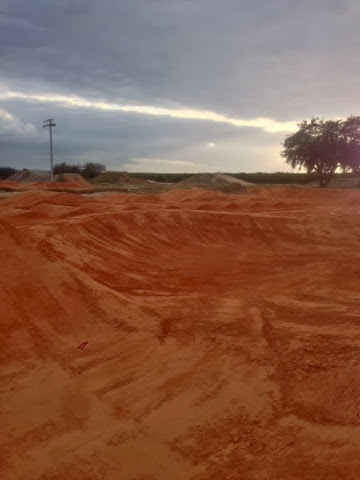 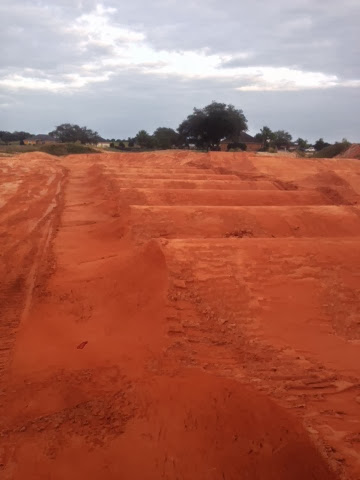 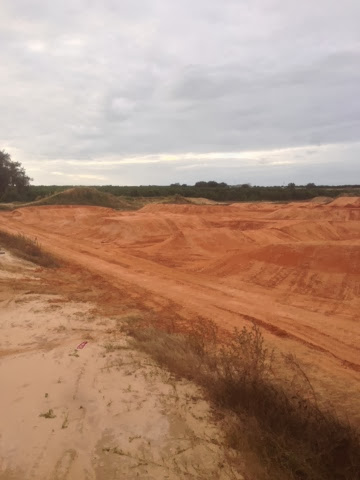 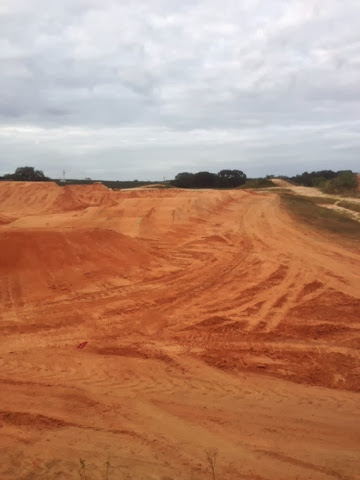 The dozer seats did not even have time to get cold, and we were back at it over at up and coming Zack Freeberg’s private SX track! Look for big things from him this year! 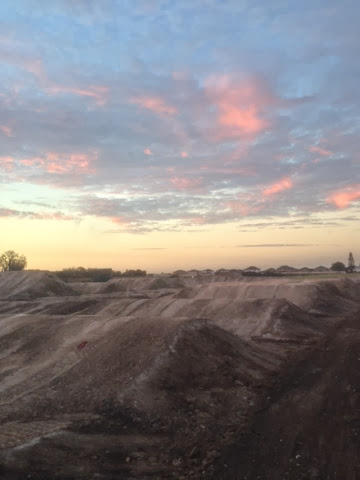 The whole Dream Traxx crew is looking forward to a much needed weekend off. Then we are packing our bags and jumping on the big bird off to our next track! Stay tuned!
READ MORE →    0   2355   0 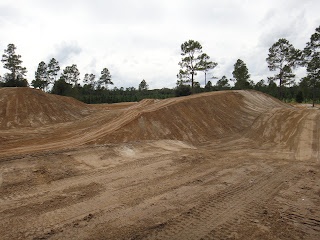 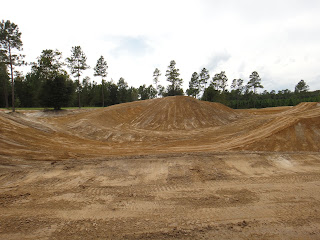 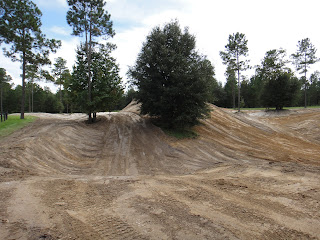 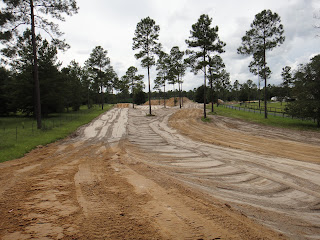 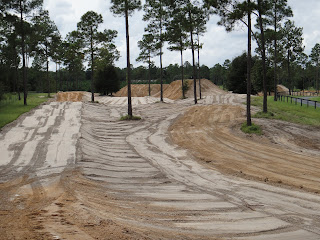 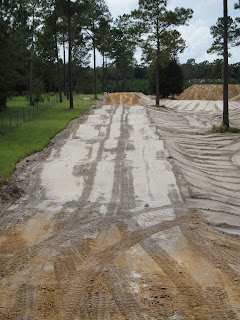 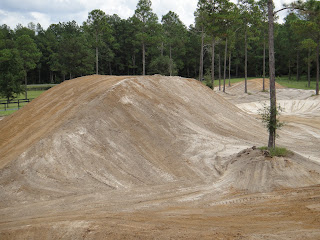 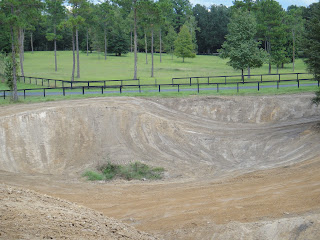 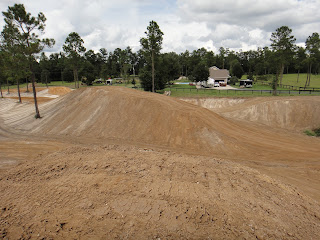 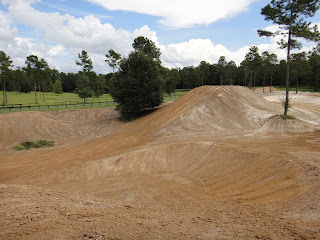 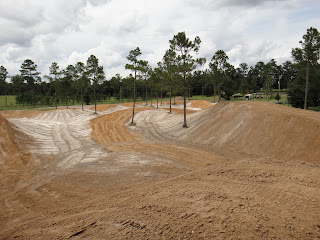 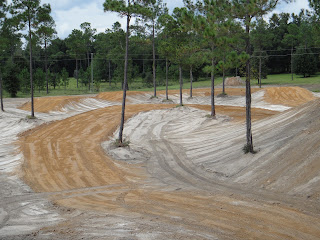 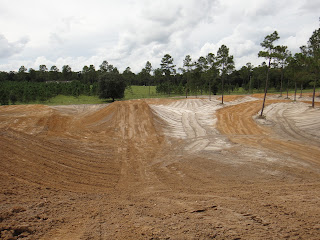 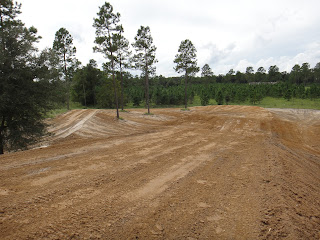 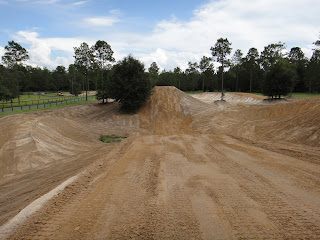 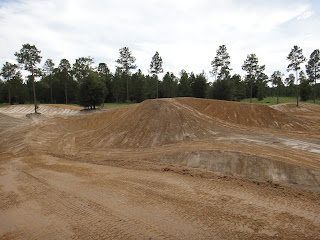 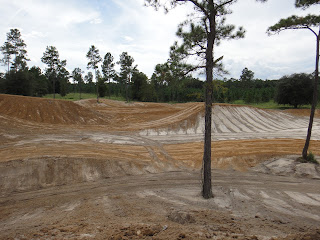 Wow….we sure have been gone awhile! Wide open is a definite understatement, and we greatly apologize for the lack of posting! Over the past year, we have been involved in some great projects, and picked up some awesome pro riders! Our current pro rider list includes Ryan Villopoto, Trey Canard, James & Malcolm Stewart, just to name a few! We have also been involved in some great projects with Red Bull and Ronnie Renner, as well as building some awesome private facilities! You can now also add go-kart track builder to our list of ‘can-do’s! We had a great time constructing the layout for Chad Reed’s private go-kart track over the summer, and were pumped to have such a unique opportunity! We have some great things in the work, and can’t wait to share them with you all. Be sure to check out the posts of our latest creation of a great private track we just constructed in High Springs, FL. It turned out to be an awesome track, and we hope you enjoy the pictures. Stay tuned for all of the great things we have to come!!

So it’s been a crazy summer here at Dream Traxx. After making sure all of our riders were set up for supercross in the beginning of the year, it was time to return to all of their compounds to get their tracks ready for the outdoor season.

First was Geico Honda racer Justin Barcia. His track turned out to be an absolute masterpiece. Word quickly spread about the creation we made, and soon we teamed up with the guys at VurbMoto, and Taylor Congdon of the Moto the Movie series to film what could be some of the best footage ever recorded in moto! You can check out the Justin Barcia Platinum at http://www.vurbmoto.com/theatre/1625/vurb-platinum-ft-justin-barcia/ . If you haven’t seen it yet, be sure to check it out!
Then it was of to Factory Honda racer Trey Canard’s compound in Oklahoma. As we were driving to the airport, bright and early in the morning, I read the ‘tweet’….Canard breaks femur while testing in California. My heart sunk. With it being close to the end of the supercross series, and Canard putting together some amazing results, I was bummed to know he wouldn’t be able to finish what he had started! But, we headed to Trey’s anyways, knowing that he would make his return sometime during the outdoor season. By the time we finished Trey’s track, he returned home from California and had to look at a track he wouldn’t be able to ride for weeks. He was pumped to see how awesome it turned out, but so bummed he was only able to ‘look’ at it for awhile!
Once we were home, and caught our breath, we packed up and headed to Ryan Villopoto’s compound. Ryan wanted a completely new outdoor track, and we had big ideas in store. The main challenge at Ryan’s is how flat the land is, and how close it is to the water table. We are only able to excavate down so far, so creating elevation changes is a challenge. But, in the end we succeeded. We built Ryan a track that will challenge him in many ways – from the Florida sand, to the rough sections, crazy jumps, and turns through the trees – we know that this track will help strengthen Ryan in his day to day training! With this, and Aldon Baker as his trainer, we know that his endurance will never be an issue! You can check out the pictures of Ryan’s new outdoor track at http://www.vurbmoto.com/darkroom/317/rv2-unseen-photos/ and http://www.racerxonline.com/2011/07/11/dream-traxx-villopotos-house . Footage of his track and compound will also be in the Moto the Movie, set to release in October!
Next, we were off the the Stewart Compound! Building for James and Malcolm is like none other. They like things BIG!! There are many times during the construction of their track, that I am sure the dozer and skidsteer where at angles they should never be operated at! As the track was completed, and I stood back and observed it, I was so glad to know that I would never have to attempt jumps like that. But, boy was it amazing to watch them hit those jumps, and fly through the air at speeds and heights that are rarely seen!
Finally, we were off to Canada for a new track and facility being created by Travis Hesketh of MX Rankings. MX Ranking is a concept and vision that Travis had, and he is bringing it to the forefront of motocross. Be sure to check it out, and join at www.mxrankings.com . We were set to leave Florida around 8am and arrive in Canada at 2pm….yeah, in a perfect world. During our layover in Washington DC it was announced our flight had been cancelled. So, United put us on another flight. Once it was time to board that flight it was announced that it had been oversold, and we got booted off of that flight. So the next ‘brilliant’ idea that United had was to send us by cab on an hour drive to another airport that had a flight leaving at 7pm. So we were ready to head out, but quickly realized that United had now lost our luggage…GREAT! After waiting around for a few hours to find our bags, we were headed to the next airport. Boarding time came and went, as it was announced the flight was delayed…could this day get any better. We finally made it into Canada around midnight, but the ‘greatness’ of the day continued as we were grilled by customs for an hour as to why we were coming to Canada. WELCOME TO CANADA ! We finally met up with Travis, and were off the next day to check out his new facility. He has some great visions, and we are pumped he brought us on board to help him achieve his goals. Our plan for this trip was to tune up the track that already existed and get some ideas about how to make it even bigger and better. Mission accomplished! We had a great time working on the facility, and look forward to going back up soon to ‘GO BIG’ with the outdoor track!
We have had a great summer so far, and look forward to making more dirt ‘look good’ as the year continues. For more information on Dream Traxx, visit www.dreamtraxx.com www.facebook.com/dreamtraxx and www.twitter.com/dreamtraxx
READ MORE →    0   2190   0